Granted, the Tour de France has seen better and cleaner times. Nevertheless, from a deep attachment to the cycling sport, the motto for the latest edition of the series “3 x Shop” is this time "Tour de France". The ePages blog presents three ePages shops about the most beautiful way of moving.


Vintage bikes with a special flavor can be found at Bobbin Bicycles from Britain. The fact that everything is a little different at this bike dealer is reminiscent at the first glance at the website and its special Monty Python's Flying Circus style. The shop is clearly not about highly bred racing bikes but about highest individuality on two wheels. Certainly, not a shop for everyone. But an interesting concept to fill a market niche.


PG Bikes is one of the leading manufacturers of so-called cruiser bikes, a type of Harley Davidson bikes with riding pedals. At PG-Bikes bicycles are more than tools to quickly get from A to B. These are bikes that express a special summer feeling, a feeling for the casual joy of cruising through the city.

With the new blacktrail model PG Bikes clearly shows, that they are also one of the technology leaders on the market. The blacktrail model travels at 100 kilometers per hour, bringing a new dimension to biking. But be warned, if you think of buying one of these limited special bikes: The cost point is 60.000 Euros.


You can’t start early enough to ride a bike. Not only that it's fun and healthy, but everyone who is eventually going to ride the 21 hairpin bends of Alp d´Huez is going to need every hour of extra training.

Thank God there is Kokau, a shop for children's wooden wheels. Shining in a reduced design the shop presents all the joy of two-wheeled riding, not least through a gallery section, where customers can show pictures of their little ones on their wheels. 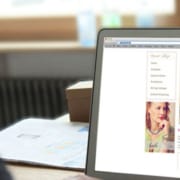