Certain versions of ePages shop software have been experiencing problems while a shop’s website is being loaded. This results in "white pages", or pages which display no content. This issue occurs primarily in a shop’s back office and is limited to certain versions of the Firefox browser. Shop storefronts are affected less frequently. Continue reading the ePages blog to learn what causes this issue to occur and which solutions facilitate smooth sailing for shops.

END_OF_DOCUMENT_TOKEN_TO_BE_REPLACED 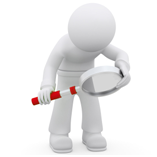 Inconspicuous yet important: the “Advanced search” function is often overlooked by shop operators. That’s a shame, because it significantly simplifies the managing of orders and customers; it also facilitates marketing measures for individual customers. Continue reading the ePages blog to learn where it is "hiding" and what it can make possible.

END_OF_DOCUMENT_TOKEN_TO_BE_REPLACED 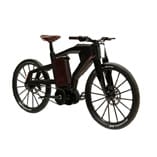 In the ePages blog, we have already introduced the bike manufacturer PG-BIKES, who runs a successful ePages shop. Since late last year, the shop is proud to have a famous fan: When Orlando Bloom stood in front of the camera for the remake of "The Three Musketeers" in Babelsberg, Germany in October 2010, he tested two electric bicycles from PG-Bikes on the set. At that time, director Manuel Ostner followed an invitation of Bloom to come to the set with the exclusive models.

Cloud computing and cloud services are the hot topics of the international hosting scene that meets once a year at the Parallels Summit. The industry-leading conference for service providers, web hoster, service providers, value-added resellers (VARs) and web designer offers its exhibitors an inside view into a wide range of cloud services. END_OF_DOCUMENT_TOKEN_TO_BE_REPLACED 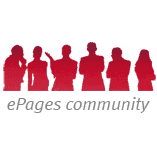 Do you have an online shop? Do you use the ePages shopping cart system? Then register yourself at the ePages Community. You will find expert contacts for all questions concerning e-commerce as well as the ePages shopping cart system. Discuss with other online merchants and profit from their experiences. For example: Which marketing activities do have a measurable impact on the revenue? Which ones just cost for nothing. Mingle with the ePages developers and take effect on the development of the software: Which additional features do you like to see in your shop? Where do you see potential for improvement in your daily work? We are looking forward to your input. END_OF_DOCUMENT_TOKEN_TO_BE_REPLACED

Many medium-sized companies use Microsoft Dynamics NAV ("Navision") as the enterprise resource planning system of their choice. With the e-commerce add-on nex4biz from Vanilla-X, this can now be tied to ePages and operated in your own online shop. On the ePages blog, Mark Böhm, CEO of Vanilla-X answers questions about the integration and possible use scenarios. END_OF_DOCUMENT_TOKEN_TO_BE_REPLACED

We are very excited about the upcoming Parallels EMEA Partner Forum being held throughout October. Not only wil ePages present new products specifically designed for smaller hosting providers and agencies but our Vice President Sales Sören von Varchmin will also give a presentation on “The world’s fastest e-commerce offer for small hosters: Offer Cloud services by ePages and Parallels without integration hassle.” END_OF_DOCUMENT_TOKEN_TO_BE_REPLACED

The best exchange of information is still best provided by those who share similar experiences. For this reason we are working flat out on the ePages shop owner community, a place for online merchants with and without the ePages shoping cart. Find out in the ePages blog how to participate in the upcoming closed beta and give us your feedback on the appearance and features to help us shape the community to your needs.

END_OF_DOCUMENT_TOKEN_TO_BE_REPLACED

In recent days, it was a bit quiet here in the ePages blog. The reason: Once again it was time for the annual ePages YOU. Most of the ePages employees from the development, marketing, product management and all the other departments came together for three days to discuss the further development of the platform in a number of workshops. A small summary of the event. END_OF_DOCUMENT_TOKEN_TO_BE_REPLACED

At this month‘s Internet World in Munich, yet another ePages rental shop was honoured. PomadeShop.de (www.pomade-shop.eu), a STRATO web shop based on ePages technology, received a 2010 Shop Usability Award in the “Special Interest” category—making it the first STRATO rental shop to earn this accolade.

END_OF_DOCUMENT_TOKEN_TO_BE_REPLACED

Shopping portals have become a key source of information for online customers. Websites such as Shopping.com, Kelkoo, Pangora or Ciao allow customers to survey the marketplace and see who charges how much for the same product. Google’s free product-search technology, Google Base, prominently displays results in its list when you search for a product. Online merchants should exploit this opportunity to increase their sales. END_OF_DOCUMENT_TOKEN_TO_BE_REPLACED

Decide what services you want to offer to which markets: Do you want to deliver to certain countries only or limit payment methods for foreign customers? This is easy to do with the regions function of your ePages shop. Find out more about what's possible in the ePages blog.